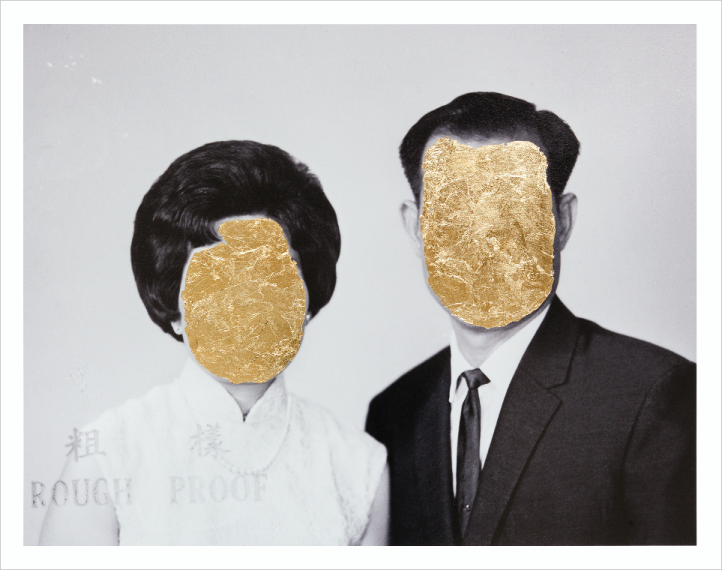 Janelle lives and works on the unceded, stolen lands of the Wurundjeri Woi Wurrung people of the Kulin Nation and pays her respects to elders past, present and future.

Janelle Low was the first in her family to be born outside of Asia. Continually pushing at the boundaries of what can be classified as ‘photography’ her recent works subvert traditional printmaking processes to obscure and disintegrate images drawn from her family archives. Janelle’s practice looks into the sense of displacement and ‘otherness’ felt between both her heritage and western cultural upbringing, questioning notions of identity and acceptance.

Janelle has exhibited nationally and internationally with her works held in public and private collections. In 2013 they became the youngest winner of the National Photographic Portrait Prize presented by the National Portrait Gallery in Canberra, and was selected as a finalist in the prestigious William and Winifred Bowness Photography Prize in both 2017 and again in 2022. Janelle is represented by THIS IS NO FANTASY in Naarm / Melbourne where she launched her second solo show in 2021.

Janelle began lecturing sessionally at RMIT in 2011 after graduating from RMIT’s Diploma of Photoimaging. Since then she’s taught across various programs within RMIT’s School of Media and Communication, School of Art, School of Architecture and Design, as well as RMIT’s International College and Equity and Diversity unit. In 2014 Janelle received an Early Career Teacher / Trainer of the Year Award Commendation for Teaching Excellence, and in 2019 finished her Bachelor of Arts (Fine Art) with distinction at RMIT.